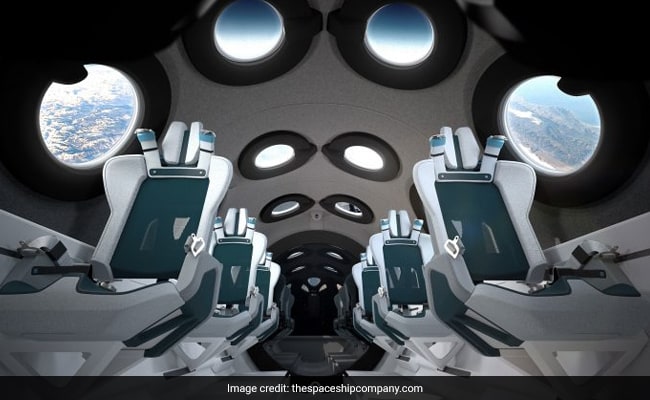 Virgin Galactic has said it intends to fly its first customers into space later this year.

When you’re in the space-tourism business, spacious windows are essential. As are ample “astronaut float zones” coupled with a bevy of cameras to supply one’s social media accounts-the better to impress friends.

Virgin Galactic Holdings Inc has all these covered in the cabin of its VSS Unity, which it unveiled Tuesday in a virtual media tour designed to evoke the same upscale aesthetic Virgin Group has pursued for its commercial airlines, airport lounges, hotels and planned cruise line.

Virgin Galactic calls its spacecraft cabin the “centerpiece” of the experience it’s selling for those able to afford tickets that cost upwards of $250,000. The interior space offers each customer “safety without distraction, quietly absorbing periods of sensory intensity and offering each astronaut a level of intimacy required for personal discovery and transformation.”

The company has said it intends to fly its first customers into space later this year. Ahead of that milestone, Virgin Galactic last week installed a Walt Disney Co customer-experience veteran as its new chief executive and has gradually ramped up marketing efforts to tout space joyrides as the ultimate journey for rich adventure seekers.

“When we created Virgin Galactic, we started with what we believed would be an optimal customer experience, and then built the spaceship around it,” British entrepreneur and Virgin founder Richard Branson said. 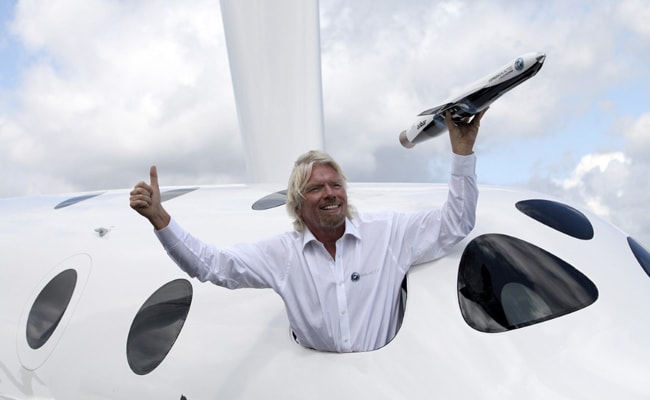 Richard Branson with a model of the LauncherOne rocket from the window of Virgin Galactic’s SpaceShipTwo.

The VSS Unity reaches space not from a launch pad, but from a larger aircraft.

At or above 45,000 feet, the carrier plane drops the spacecraft, which then ignites its rocket engine, propelling its two pilots and six passengers to an altitude of more than 68 miles above the Earth, which according to NASA, is technically “space.”

The long journey to commercial flight stretches back to 2004, when Branson founded Virgin Galactic. Arguably the pioneer in the field, his dream was dealt a deadly setback in October 2014, when a test pilot was killed during a flight in California. The tragedy informed major redesign work over the next six years. But financial struggles would follow.

In 2018, Branson rejected a proposed $1 billion investment from Saudi Arabia after the murder of US resident and Washington Post columnist Jamal Khashoggi by the kingdom’s agents. Branson instead decided to take the company public through a 2019 merger with Social Capital Hedosophia Holdings Corp, a Palo Alto, California-based special purpose acquisition, or “blank-check” company, which took a 49% stake.

Virgin Galactic plans to fly five spaceships in coming years and to expand internationally. But Branson isn’t the only space billionaire dreaming of building a flourishing space-tourism industry.

Virgin Galactic plans to lean heavily on mood lighting, too-a feature UK-based Virgin Atlantic Airways Ltd pioneered on its long-haul flights. At certain points, all the lights will be switched off.

The VSS Unity’s cabin has a dozen windows to offer plentiful vistas of the Earth, as well as 16 cameras to capture both videos and still images as souvenirs. Seatback screens provide flight data and a communications system for astronaut-passengers to speak with the pilots up front.

Those pilots will be able to recline passenger seats to help them better manage the forces of gravity, which can reach four times that of the Earth’s surface, on ascent and re-entry. This movement also “frees up cabin space to maximize an unrestricted astronaut float zone when in zero gravity,” the company said.

“At the pinnacle of the experience, as the Earth comes into view against the black sky of space, all lighting is extinguished, bringing an instant focus to the profoundly beautiful vista,” Virgin Galactic said.

The profundity, however, will be rather brief. Customers will experience 10-15 minutes of weightlessness during the 30-minute flight before the ship glides to a return in southern New Mexico.

But there will be champagne and hors d’oeuvre awaiting them when they return.