3 Detained For Organising Event With 2,000 Attendees In China’s Wuhan 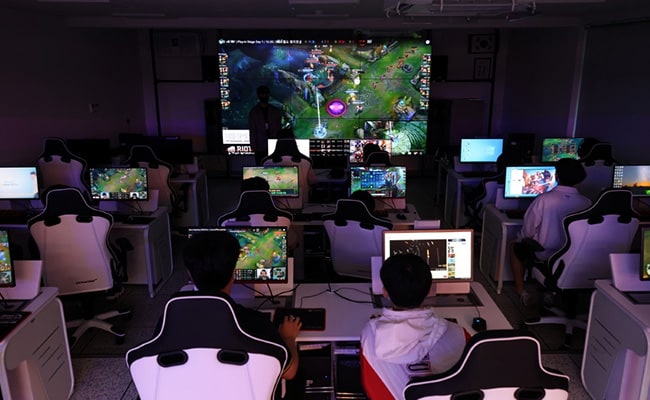 More than 2,000 people burst into celebration in Wuhan — where the coronavirus emerged in late 2019 — after watching an outdoor livestream of Edward Gaming (EDG) winning the League of Legends crown.

Footage of the Wuhan party published by Chinese media showed a large crowd gathered outdoors in front of a big screen, with cheering fans waving flags bearing EDG’s logo and packed into a square.

At least 2,000 people attended the unauthorised viewing party, the state-run People’s Daily reported, and cited police as saying that the three organisers had failed to obtain a permit.

The organisers “caused hidden risks for safety and order at the scene of the activity”, the People’s Daily said.

“Some crazy eSports fans went a bit too far,” the English-language version of the Global Times added.

Police detained the three organisers for up to 10 days and fined them at least 500 yuan ($80).

Images on Chinese social media showed chanting fans gathering at university dormitories and rushing out into the streets.

Unverified footage of what appeared to be the Wuhan celebrations were also widely viewed on Twitter.

The market was worth more than 147 billion yuan in 2020, according to industry research firm iResearch.

A government crackdown on the video-game industry aimed at curbing children’s screen time appears not to have dampened enthusiasm for the LoL win, with Xinhua news agency congratulating EDG and their success going viral online.