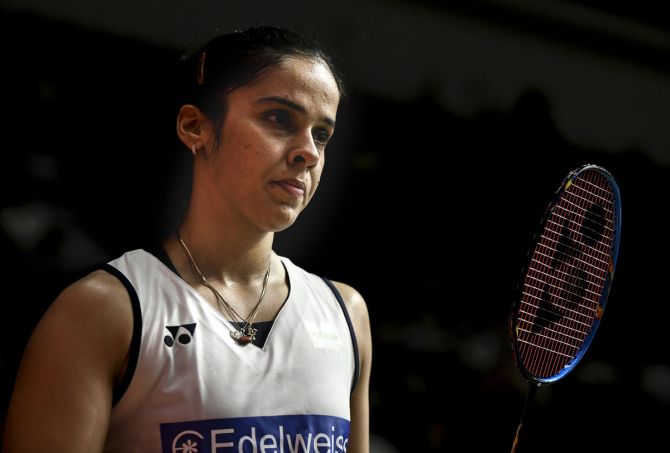 Saina Nehwal’s chances of defending her title at the Commonwealth Games looks bleak as she has decided to skip the selection trials for the upcoming multi-sport events.

The big-ticket events include the Commonwealth Games in Birmingham and the Hangzhou Asian Games.

The selection trials are scheduled in New Delhi from April 15 to 20.

The 32-year-old Hisar-born shuttler, a two-time Commonwealth Games gold medallist and 2012 London Olympics bronze medallist, has informed the Badminton Association of India (BAI) about her decision to skip the trials.

“Saina has written to BAI, informing her decision to not play in the trials which will be the only tournament to pick players for Commonwealth Games, Asiad and Thomas and Uber Cup,” a BAI source said.

The Commonwealth Games squad will consist of 10 members with equal number of men and women, while the Asian Games and Thomas & Uber Cup contingents will have 20 members each, including 10 men and 10 women.

The BAI has made it clear that players inside the top 15 in the BWF rankings will be picked directly, while the rest will be chosen from the trials which will see participation of shuttlers ranked between 16 to 50 in the latest world rankings, released on March 29.

The national governing body will also be “finalising probables for the senior core group for the 2024 Olympic Games” during the trials.

A former world number one, Saina has been battling a series of injuries and poor form for the past couple of years, which saw see her ranking slip to 23rd.

Saina, who had won gold medals at the 2010 and 2018 Commonwealth Games, had suffered a career-threatening knee injury ahead of the Rio Olympics.

She had hurt her groin during the Thomas & Uber Cup Final in Aarhus, Denmark in October last year, and she was also forced to withdraw midway in the first round match at the French Open due to a knee injury.

Her return to the circuit at the India Open ended in the second round when she lost to the fast-rising Malvika Bansod. After a gap of few weeks, she played three events last month — German Open, All England and Swiss Open — but failed to cross the second round.

A semi-final finish at 2021 Orleans Masters Super 100 and quarter-finals at Barcelona Spain Masters Super 300 and Malaysia Masters in 2020 have been Saina’s highlights in recent years.