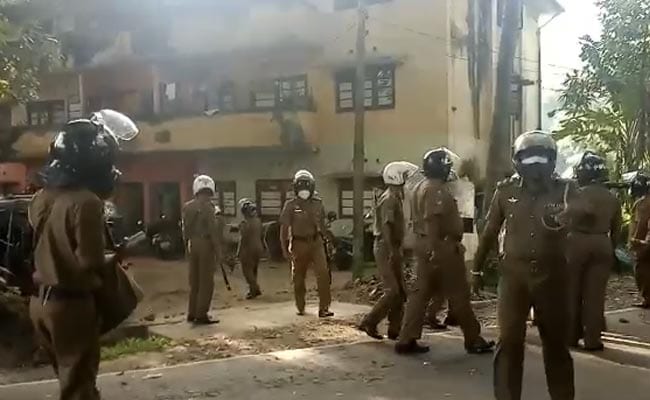 The police in Sri Lanka for the first time since anti-government protests over an economic crisis started fired at protesters today, killing one and injuring several people. A police spokesperson confirmed they had to fire at the protesters after the mobs turned violent and thew stones at police personnel.

The people had blocked a highway in central Sri Lanka’s Rambukkana, 95 km from capital Colombo, to protest acute oil shortages and high prices.

A severe fuel shortage sparked spontaneous protests across Sri Lanka earlier today, with tens of thousands of angry motorists burning tyres and blocking the major road leading into the capital.

Sri Lanka has run out of dollars to finance vital imports including food, medicine and fuel, sparking weeks of protests calling for the resignation of President Gotabaya Rajapaksa in the country’s worst economic crisis since independence in 1948.

The highway where the protest took place connects the central city of Kandy to capital Colombo. It was cut off at multiple stretches as fuel stations across Sri Lanka ran out of petrol and diesel.

Main oil retailer Ceylon Petroleum Corporation raised prices by up to 64.2 per cent today and lifted a rationing system, limiting how much fuel individuals could buy, that had been implemented last week.

Lanka IOC, a petrol retailer which accounts for a third of the local market, had already raised its prices by up to 35 per cent yesterday.

Motorists have joined throngs of protesters in Colombo who have been calling for Mr Rajapaksa to step down for 11 straight days. Doctors at the country’s main children’s hospital also began protesting today over a serious shortage of medicines and equipment.

Sri Lanka is seeking up to $4 billion from the International Monetary Fund, or IMF, to overcome its balance-of-payments crisis and boost depleted reserves.

Premier League: Liverpool vs Manchester United Live Streaming- When and Where to Watch

Premier League: Liverpool vs Manchester United Live Streaming- When and Where to Watch