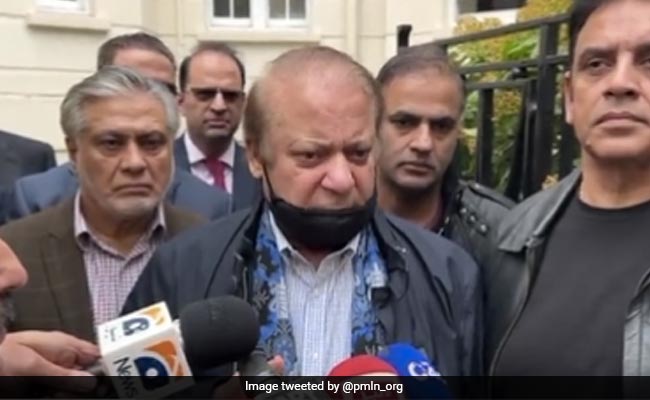 The nature of the passport is “ordinary” and it was made in the “urgent” category, said the report

Pakistan’s former prime minister Nawaz Sharif has been issued a passport to return to his home country from the UK where he was seeking treatment, a media report said on Monday.

The 72-year-old three-time premier, against whom several corruption cases were launched by the government of former prime minister Imran Khan, had left for London in November 2019 after the Lahore High Court granted him four-week permission allowing him to go abroad for his treatment.

The Express Tribune newspaper reported that he has been issued a passport by the new government headed by his younger brother, Prime Minister Shehbaz Sharif.

The nature of the passport is “ordinary” and it was made in the “urgent” category, Geo News reported.

Sharif, who is the Pakistan Muslim League-Nawaz (PML-N) supremo, last week met Pakistan People’s Party (PPP) Chairman Bilawal Bhutto-Zardari in London and discussed the “overall political situation” in Pakistan and vowed to work together on issues pertaining to politics and national interest.

The PPP and the PML-N — the two main political parties — have been alternatively in power when the military was not ruling the country.

The powerful Army has ruled the coup-prone country for more than half of its 75-plus years of existence.

Sharif, before flying to the UK in 2019, had given an undertaking to the Lahore High Court to return to Pakistan, citing his record to face the process of law and justice within four weeks or as soon as he is declared healthy and fit to travel by doctors.

He was also given bail in the Al-Azizia Mills corruption case in which he was serving seven-year imprisonment in Lahore’s high-security Kot Lakhpat jail.