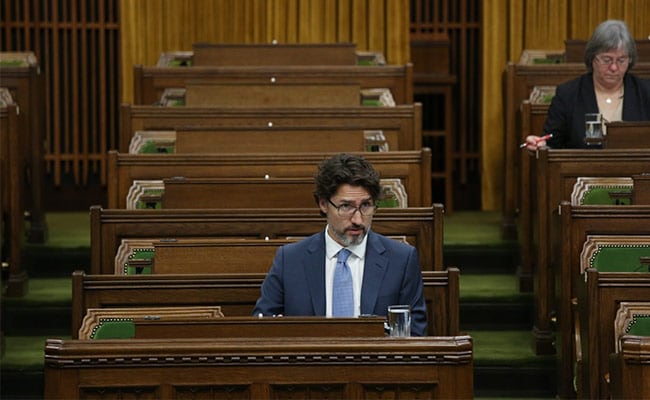 Canadian lawmakers voted unanimously on Wednesday to call Russia’s attacks in Ukraine a “genocide”, with members of parliament saying there was “ample evidence of systemic and massive war crimes against humanity” being committed by Moscow.

Earlier this month, Prime Minister Justin Trudeau said it was “absolutely right” for more and more people to describe Russia’s actions in Ukraine as genocide, supporting an accusation made by U.S. President Joe Biden a day earlier.

Biden had said earlier in April that the Ukraine invasion amounted to genocide but had added that lawyers internationally would have to decide whether or not the invasion met the criteria for genocide.

Russia, which denies the genocide charges, calls its action in Ukraine a “special military operation” and said it was necessary because the United States was using Ukraine to threaten Russia. Moscow in turn accuses Ukraine of the genocide of Russian-speaking people, a charge that Ukraine dismisses as nonsense.

Canada is among a number of countries to have imposed sanctions on Russia after it invaded Ukraine on Feb. 24. On Wednesday, it imposed further sanctions on 203 individuals whom it says are complicit in Russia’s attempted annexation of certain areas of the Donbas region in eastern Ukraine.

The Canadian government has also said it will change its sanctions laws to allow for funds or property seized or sanctioned from Russia to be paid out to help rebuild Ukraine or to those impacted by Russia’s invasion.

India Developed Ties With Russia As US Couldn’t Do It Earlier: Antony Blinken

India Developed Ties With Russia As US Couldn't Do It Earlier: Antony Blinken