The Chaotic Story Of Bill Hwang’s Archegos, Revealed By Prosecutors 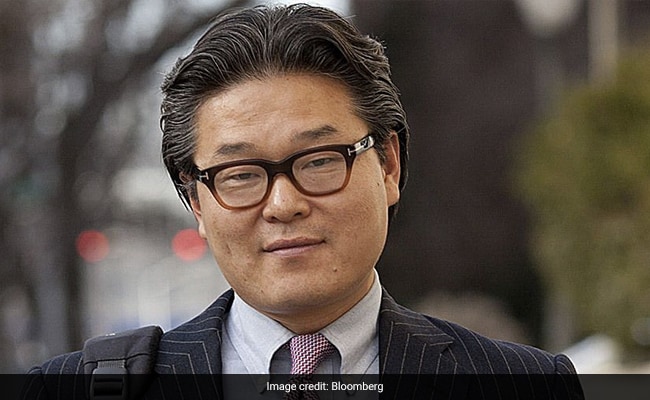 If convicted of all counts, Bill Hwang faces a maximum sentence of as many as 380 years in prison. (File)

“Are we going to be able to pay for these trades today? I don’t see how we can.”

The deputy’s words, now immortalized in a federal indictment, said it all: Inside Bill Hwang’s Archegos Capital Management, panic was setting in. Hwang, the enigmatic billionaire behind Archegos, had amassed one of the world’s great fortunes in virtual secrecy, and that trove — a staggering $160 billion position in stocks — was unraveling everywhere, all at once.

A year after the collapse of Archegos sent shock waves through global finance, Hwang was arrested Wednesday morning and, for the first time, federal prosecutors offered an official account of what really happened at the secretive family office.

The chaotic story portrayed in the 59-page indictment charts a rapid rise and fall in riches unlike anything Wall Street has ever seen. Until the end, Hwang — a devout Christian who, despite his wealth, lived in modest surroundings in suburban New Jersey — believed he could single-handedly bend world markets to his will, prosecutors contend. Hubris and greed, prosecutors say, fueled a brazen scheme to deceive major banks and manipulate markets.

If convicted of all counts, Bill Hwang faces a maximum sentence of as many as 380 years in prison. (File)

Hwang and Archegos’s chief financial officer, Patrick Halligan, both pleaded not guilty on Wednesday to 11 criminal charges, including racketeering conspiracy, market manipulation, wire fraud and securities fraud. The gray-haired Hwang, wearing a blue Patagonia vest, was released on $100 million bail. They’re due back in court May 19.

According to prosecutors, Hwang’s scheme began to unravel after his personal fortune shot from $1.5 billion to $35 billion in the span of a year. Archegos persuaded major banks to lend the firm vast sums to leverage its bets in the stock market — in the end, with catastrophic results.

His demise came after ViacomCBS Inc., one of Hwang’s big holdings, began to fall after selling new stock. Archegos likely couldn’t make the margin calls — setting off panic inside the firm and at the banks that had lent Hwang billions.

Hwang’s response: He demanded his traders buy the stock. Then buy some more. In the end, Archegos added $900 million in a day.

Scott Becker, the chief risk director, protested. The firm’s head trader, William Tomita, made his own plea to Hwang, only to return with his tail between his legs: “I spoke to Bill and he said to just keep working the orders.” (Both have pleaded guilty and are cooperating with authorities.)

It didn’t work, and Archegos’s leadership team prepared for margin calls the next day. Hwang had other ideas, instead encouraging traders to use the last of the firm’s cash to manipulate certain stocks to prop up their price. All the while, Becker was pulling as much money from Wall Street banks as possible, falsely claiming that the family office had $9 billion in excess cash while it was running on fumes.

The charging documents, the press conference and the court appearance still left many questions unanswered, including the big one: How exactly did Hwang think this would all end?

Even if Archegos wasn’t quite another Long Term Capital Management — as some feared in the moment — it left its own scars on the financial world. The episode saddled global banks with billions of dollars in losses, encouraged a fresh look at disclosure requirements for the investment firms of the ultra-rich and inspired a sweeping US probe into how Wall Street handles big block trades.

It’s all the more impressive considering Hwang was largely unknown before Archegos’s spectacular collapse, save for a small group of managers affiliated with hedge fund legend Julian Robertson.

Hwang worked for Robertson at his $20 billion Tiger Management until it closed, then started his own firm, Tiger Asia. He was one of Robertson’s most successful former employees — until he ran afoul of regulators.

In 2012, after years of investigations, the US Securities and Exchange Commission accused Tiger Asia of insider trading and manipulation of Chinese bank stocks. The agency said Hwang “crossed the wall,” receiving confidential information about pending share offerings from the underwriting banks and then using it to reap illicit profits.

Hwang settled that case without admitting or denying wrongdoing, and Tiger Asia pleaded guilty to a Justice Department charge of wire fraud.

The incident forced him out of the money management industry, but he said it served to strengthen his faith.

He set up Archegos — a Greek word often translated as “author” or “captain,” and often considered a reference to Jesus — to manage his own personal fortune.

As Hwang traded his own fortune at Archegos, he held Bible readings on Friday mornings at 7 am, when 20 or 30 people would squeeze together around a long table and, over coffee and Danishes, listen to recordings of the Bible.

Hwang also set up the Grace and Mercy Foundation, which swelled to hundreds of millions of dollars in assets and backed largely Christian organizations.

He also seeded funds run by Cathie Wood’s Ark Investment Management. Like Hwang, Wood is known to hold Bible study meetings and figures into what some refer to as the “faith in finance” movement.

Yet as the federal government tells it, something fundamentally changed in Hwang’s investment process as the Covid-19 pandemic hit. His holdings were once in large and highly liquid stocks. But he soon turned to smaller companies, including a handful of Chinese ADRs.

He “increasingly ignored internal Archegos analyst research throughout 2020 and 2021,” after previously holding weekly strategy meetings, according to the charging documents. Instead, “Hwang frequently spent almost all of his workday with the traders.”

In some cases, Hwang would instruct traders to sell a stock or enter a short position in the morning, which gave the family office more trading capacity to buy when it needed to boost the price.

“Hwang referred to this practice as using ‘bullets,”https://www.ndtv.com/” according to the indictment. “Hwang directed the traders to use the ‘bullets,’ or trading capacity, at opportune moments that would create upward pressure on the stock price. Hwang employed this strategy with increasing frequency as counterparties began to curtail or restrict his access to additional trading capacity.”

As his bets got larger and larger, Hwang expanded Archegos’s roster of banks providing him leverage — allegedly without the others knowing about it.

By early 2021, just before its collapse, Archegos held a greater than 50% position in GSX Techedu Inc. and Viacom. Hwang coordinated trades with a person identified as “Adviser-1,” who Bloomberg News reported is Tao Li, the head of Teng Yue Partners, a New York-based hedge fund that oversaw $4 billion as of last year. Li also bet heavily on GSX.

Li and Teng Yue haven’t been accused of wrongdoing by US authorities, and Teng Yue didn’t respond to messages seeking comment.

In the end, the losses from Archegos swept across the globe as banks were forced to dump large blocks of stock into the market.

The banks, in the government’s telling of the Archegos episode, were the victims of his fraud. But among the most enduring elements of its collapse is the way it inspired federal regulators to dig into the way Wall Street went about unwinding Hwang’s massive portfolio.

That led them, in turn, to start looking at the way Morgan Stanley and potentially other banks dealt with block trades.

The US Attorney’s Office for the Southern District of New York, which is prosecuting Hwang, is now gathering evidence around whether or not banks engaged in illegal activity, particularly whether some market participants were getting tipped off ahead of time when a large transaction was coming to market.