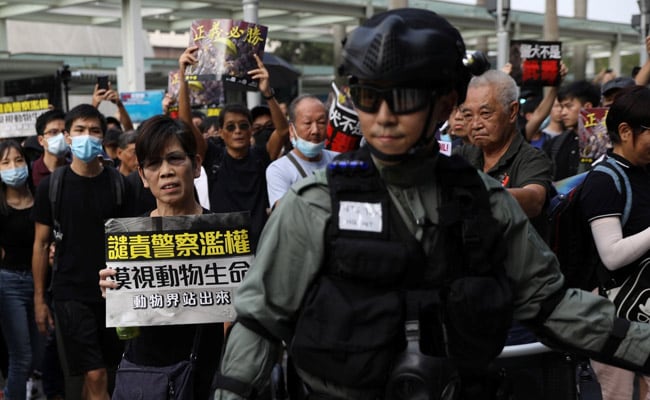 Hong Kong has plummeted down an international press freedom chart as authorities have wielded a draconian new security law to silence critical news outlets and jail journalists, a new report said on Tuesday.

For two decades, media rights watchdog Reporters Without Borders (RSF) has ranked countries and territories around the world by how free their press is.

Hong Kong, a regional media hub for both international and local media, has been steadily slipping down the table under Chinese rule.

In the last year alone it has plunged 68 places to 148th, sandwiching the international business hub between the Philippines and Turkey.

“It is the biggest downfall of the year, but it is fully deserved due to the consistent attacks on freedom of the press and the slow disappearance of the rule of law in Hong Kong,” Cedric Alviani, head of RSF’s Taiwan-based East Asia bureau, told AFP.

“In the past year we have seen a drastic, drastic move against journalists,” he added.

It implemented a sweeping national security law in 2020 that has since crushed dissent and seen dozens of democracy activists jailed as well as journalists.