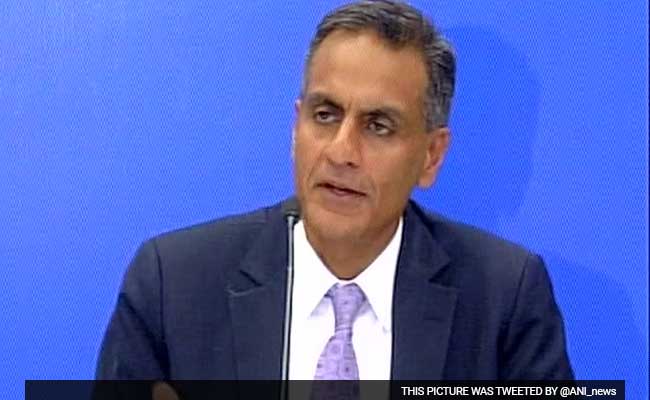 Richard Verman previously served as the US Ambassador to India.

US President Joe Biden has announced his intent to appoint Indian-American Richard Verma as a member of his Intelligence Advisory Board, the White House said.

The President’s Intelligence Advisory Board is an independent element within his Executive Office.

Mr Verma is currently the general counsel and head of Global Public Policy for Mastercard. In this role, he oversees the company’s law and policy functions in the United States and around the world.

“He previously served as the US Ambassador to India, where he led one of the largest US diplomatic missions and championed historic progress in bilateral ties,” the White House said on Wednesday.

A former assistant secretary of state and the former national security advisor to the Senate Majority Leader, Mr Verma is a veteran of the US Air Force, and the recipient of numerous military awards and civilian decorations, including the Meritorious Service Medal and the State Department’s Distinguished Service Award, it said.

He was a member of the WMD and Terrorism Commission and currently serves on a number of boards including those of Ford Foundation, Lehigh University and National Endowment for Democracy.

Mr Verma is a Senior Fellow at Harvard University’s Belfer Center for Science and International Affairs, and he holds multiple academic degrees, including a doctorate (PhD) from Georgetown University and a law degree (J.D.) from American University.

According to the White House announcement, Admiral (retd) James A. “Sandy” Winnefeld, has been appointed as chair of the President’s Intelligence Advisory Board.

Gilman G. Louie and Janet A. Napolitano were also appointed as members of the President’s Intelligence Advisory Board, the White House said.

Admiral Winnefeld retired after serving as the ninth vice-chairman of the Joint Chiefs of Staff, it said.

Napolitano served as secretary of Homeland Security from 2009 to 2013. Gilman Louie is CEO and co-founder of America’s Frontier Fund, the public-private partnership created to ensure that America leads the next wave of technology innovation, it added.