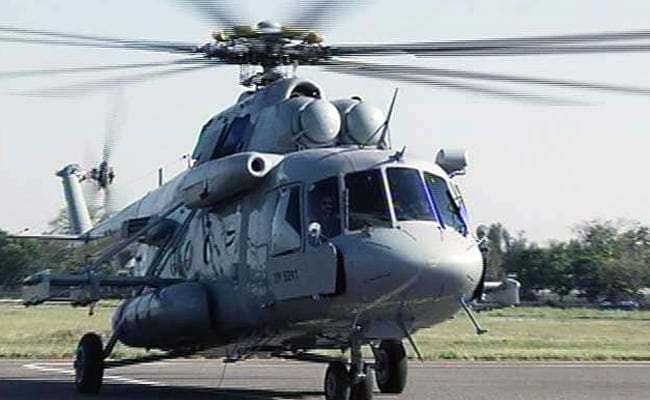 A Russian army helicopter violated Finland’s airspace on Wednesday, the Finnish defence ministry said, as the country mulls a potential NATO membership bid, which it hopes would be speedy.

“The aircraft type is a Mi-17 helicopter and the depth of the suspected violation is about four to five kilometres”, a ministry spokesman told AFP.

This is the second Russian airspace violation this year, following a previous one in April, both of them coming in the wake of the war in Ukraine.

Experts have warned that Finland and Sweden would likely be subjected to Russian acts of interference as they consider whether to join NATO as a deterrent against aggression from their eastern neighbour.

Hostile acts such as cyberattacks are also considered likely, according to analysts, who have however said that the risk of a military attack was low.

A large majority of Finnish MPs and the public are in favour of joining the Atlantic Alliance, and Finnish President Sauli Niinisto is to announce  his personal stance on the issue on May 12.

Finnish Prime Minister Sanna Marin said Wednesday that should her country apply, alone or together with neighbouring Sweden, she hopes the application process would be completed “as fast as possible.”

“If Finland and Sweden would decide to apply for a NATO membership, the key issue is to keep the ratification process as short as possible”, Marin said.

Helsinki is holding talks with key members of the alliance to obtain security guarantees during the application period, which could last several months, Marin told a joint press conference with Nordic leaders in Copenhagen.

According to Finnish media reports, the government’s decision could be made in the next few days.

Finland was ruled by Russia for 108 years before declaring independence in 1917.

It fought off a Soviet invasion during World War II before a peace deal saw it cede several border areas to Moscow.

The Nordic nation remained neutral during the Cold War in exchange for Soviet guarantees not to invade.

On the Swedish side, the government and parliament are due to present a security policy review including viewpoints on NATO membership on May 13.

Stockholm is also currently holding consultations with NATO countries, with its foreign minister travelling to the US and Canada this week.

And on Friday, a Russian spy plane also crossed the Swedish border near a naval base in the south of the country.

Notes on Nevada: Trans Literature and the Early Internet

Spanish footballer gets 4 years in jail for sexual abuse

Spanish footballer gets 4 years in jail for sexual abuse