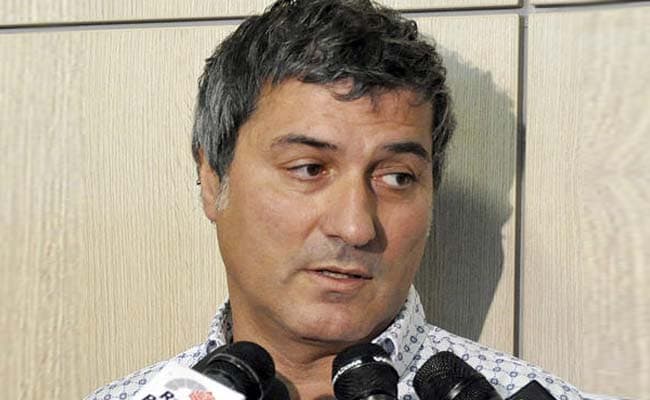 Several surgeons complained that Paolo Macchiarini had downplayed the risks of the procedure. (File)

An Italian surgeon once hailed for pioneering windpipe surgery but now charged with assault told a Swedish court Thursday the experimental procedures were the result of “teamwork” and that he just wanted to save lives.

Paolo Macchiarini won praise in 2011 after claiming to have performed the world’s first synthetic trachea transplants using stem cells, while he was a surgeon at Stockholm’s Karolinska University Hospital.

The experimental procedure was hailed as a breakthrough in regenerative medicine.

But allegations soon emerged that the procedure had been carried out on at least one person who had not been critically ill at the time of the surgery.

The three patients in Sweden died, though the deaths have not been directly linked to the surgeries.

The surgeon addressed the court for the first time on Thursday.

“I have been silent all these years, and it’s because my lawyers said to do so. Because we believe that the only judgement that is right should come from a legal court,” Paolo Macchiarini said in an opening statement.

Paolo Macchiarini insisted several times that the transplants were an alternative decided upon after all other options had been excluded — what he referred to as a “Plan B”.

His lawyer, Bjorn Hurtig, meanwhile insisted that the surgeries were the result of “teamwork” and had been discussed with other senior colleagues.

“Paolo Macchiarini was not alone in planning and making decisions,” Bjorn Hurtig told the court, presenting medical notes and references to conferences where the transplants were discussed.

Chief prosecutor Jim Westerberg told AFP on Wednesday he believed that Paolo Macchiarini had acted with “reckless intent”, arguing that he had continued performing the surgeries even though complications arose with earlier ones.

Defence lawyer Bjorn Hurtig pointed however to emails from Paolo Macchiarini to colleagues, where he stressed the serious nature of his patients’ conditions and his desire to try and save their lives.

In one case, of a 37-year-old man from Eritrea studying in Iceland, other doctors had suggested treatments such as palliative care.

Bjorn Hurtig presented an email where Paolo Macchiarini argued that “we should at least try to save the life of this student”.

Paolo Macchiarini “had but one intent, and that was to do good,” the lawyer said.

In 2013, the Karolinska Hospital suspended all trachea transplants and refused to extend Paolo Macchiarini’s contract as a surgeon.

A year later, several surgeons at the hospital filed a complaint alleging that Paolo Macchiarini had downplayed the risks of the procedure.

Even though the Institute sacked him in 2016, it repeatedly defended him until 2018, when its own review found him and several other researchers guilty of scientific misconduct.

The university’s principal and several others stepped down over the scandal.

A criminal investigation was closed in 2017, only to be reopened in December of 2018 and charges were finally filed in September of 2020.

The trial, held in the Solna district court near the Karolinska Institute, is scheduled to conclude on May 23.