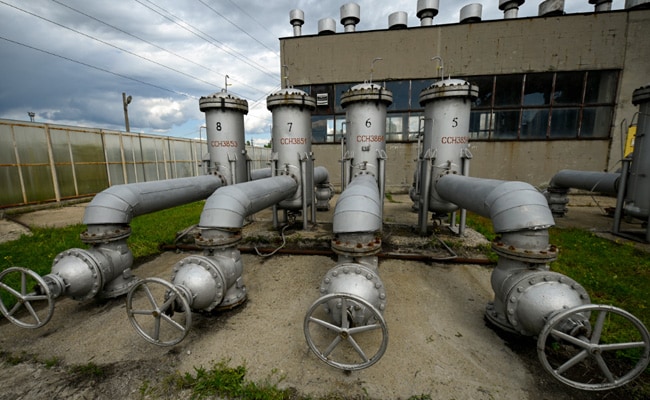 The halt of Russian gas supplies to Bulgaria last week has left companies big and small scrambling as they fear halts in deliveries and rising prices.

“We are already on the brink. We’ll have to raise our prices further,” said Valery Krastev, who owns a bread factory in the northern town of Montana.

“How will people pay for this bread?” he worried.

While natural gas supplies had escaped punishing European sanctions on Russia over its invasion of Ukraine, Moscow sought to sow division among European nations by exploiting their dependence on its gas.

Russia demanded that Gazprom customers have to pay in rubles rather than US dollars or euros, which would be a violation of Western sanctions.

The Russian energy giant cut deliveries to Bulgaria and Poland on April 27.

Since then, Bulgaria’s neighbours have stepped in, shoring up deliveries to the country, which has received more than 90 percent of its gas from Russia for decades.

But the lack of a long-term solution to secure the Balkan EU member’s annual needs of about 3.0 billion cubic metres of gas is keeping large industrial consumers as well as smaller businesses on tenterhooks.

Many people living in Sofia still remember January 2009 when a Russia-Ukraine gas spat cut deliveries to Europe for days on end, leaving their homes without heating in the dead of winter and prompting rationing for industry.

“I can’t believe that someone is trying to convince us that… this is good for us. No it is not,” said Konstantin Stamenov, head of the BFIEC federation of industrial energy consumers and a senior executive at a steel manufacturer, on public radio BNR.

To keep prices contained and secure energy supplies, the government has vowed to diversify suppliers.

It plans to wrap up construction of another major pipeline linking its gas network with that of Greece by the end of June.

This will allow the state gas operator Bulgargaz to negotiate an increase of supplies on an existing contract with Azerbaijan to an annual 1.0 bcm and receive more gas from liquefied natural gas (LNG) terminals in Greece.

Prime Minister Kiril Petkov also said that the government is in talks to buy LNG from the United States and Egypt.

Analysts say prices may even fall if the country manages to secure long-term contracts for LNG deliveries.

“We have here a huge opportunity to achieve stable diversification of gas deliveries,” energy expert Martin Vladimirov from the Sofia-based think tank Centre for the Study of Democracy told AFP.

However, Open Society economist Georgy Angelov warned: “But that won’t happen in a day.”

For now, it’s business as usual at a Bulgartransgaz compressor station near Ihtiman, where Russian natural gas is still flowing through the bright yellow pipes.

But Bulgargaz is no longer allowed to use any of this gas — most of it being destined for Greece and North Macedonia.

For its own supply, Bulgaria is currently relying on swap operations with its neighbours, who supply it with Russian gas or LNG through reverse flow pipelines from Greece and Romania.

Expert Vladimirov cautioned, however, against a suspected scheme by Russia to abandon its direct contract with Bulgargaz and instead make the country buy gas at higher prices through intermediaries such as Hungarian gas trader MET, known to be close to Gazprom, which already helped secure the deliveries for May.

“This, in the end, might lead to higher dependency on Russia under worse contractual conditions,” he warned.

Some industry players are putting on a brave face as they have already started to convert their equipment to be able to use alternative sources of fuel, fearing a crisis in deliveries.

“Yes, it will become more expensive. But it will not be impossible to work,” Krasen Kyurkchiev, owner of home care product maker Ficosota, told AFP.