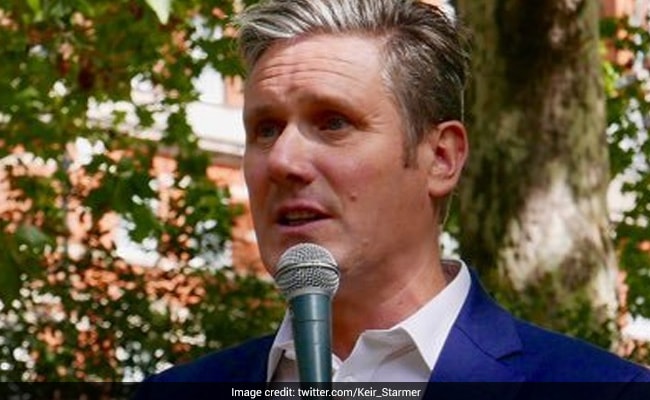 UK Partygate: The report said that Keir Starmer was seen in a party last year in April. (File)

Keir Starmer, leader of the UK’s opposition Labour Party, will face a police probe into whether a campaign gathering in 2021 breached lockdown rules, weeks after Prime Minister Boris Johnson was fined for breaking the rules.

“We can confirm that an investigation into potential breaches of Covid-19 regulations relating to this gathering is now being conducted,” Durham Police said in a statement Friday.

The gathering took place in Durham, northern England, in April last year, with a video later emerging of Starmer drinking beer and eating a takeaway meal inside a campaign office with party colleagues.

Starmer, a lawyer and former chief prosecutor for England and Wales, insists the gathering did not contravene rules against indoor gatherings since he was working.

A Labour Party spokesperson said: “We’re obviously happy to answer any questions there are and we remain clear that no rules were broken.”

The police force looked into the event at the time, but concluded that “no offence had been established”.

But it said Friday that “following the receipt of significant new information over recent days…, we can confirm that an investigation into potential breaches of Covid-19 regulations relating to this gathering is now being conducted”.

The announcement comes a day after local elections, in which Johnson’s party looks set to be punished for his own rule-breaking.

The prime minister and his finance minister Rishi Sunak both received fines for attending a gathering in Johnson’s office to celebrate his birthday in 2020.

London police are still investigating other potential breaches of the law by Johnson, who had previously denied breaking the rules he set everyone else.

When it emerged that Johnson was under police investigation, Starmer called it a “mark of shame” and demanded the prime minister resign.

“Even now he is hiding behind a police investigation into criminality into his home and his office,” Starmer told MPs in January.

“He gleefully treats what should be a mark of shame as a welcome shield, but the British public aren’t fools, they never believed a word of it, they think the PM should do the decent thing and resign.

“Of course he won’t because he is a man without shame and just as he has done throughout his life, he has damaged everyone and everything around him along the way,” said the Labour leader.

Labour had to correct the parliamentary record last week after initially saying that deputy leader Angela Rayner was not at the gathering.

Starmer says that he was recording Zoom videos and broke for food, adding that no restaurants or pubs were open at the time of the alleged offence, and that his hotel did not serve food.

“If you didn’t get a takeaway then our team wasn’t eating that evening,” he said.

Conservative MP Richard Holden urged Durham Police to investigate in the wake of new information, and said Friday that they were doing “exactly the right thing”.

“It’s vital that the man who wants to be prime minister is held to the same standard as the Prime Minister and everybody else,” he said.

Johnson’s wife Carrie was also among those fined for breaking Covid laws.

Asian Games Postponement: What it Means for India and its Athletes