US Sees North Korea Nuclear Test “As Early As This Month” 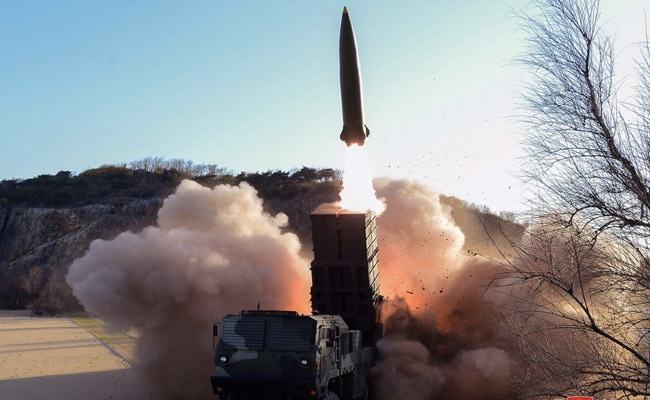 The US went public with its assessment amid mounting frustration with North Korea. (Representational)

The United States said Friday that it believes North Korea may be preparing a nuclear test as soon as this month, its first since 2017.

The State Department went public with its assessment amid mounting US frustration with North Korea, which has carried out a series of missile tests.

“The United States assesses that the DPRK is preparing its Punggye-ri test site and could be ready to test there as early as this month,” State Department deputy spokeswoman Jalina Porter said, referring to North Korea by its official name.

“This assessment is consistent with the DPRK’s own recent public statements,” she told reporters.

“We have shared this information with allies and partners and will continue closely coordinating with them as well.”

US President Joe Biden later this month travels to Japan and South Korea where concerns about Pyongyang are expected to be high on the agenda.

A North Korean test could coincide with Biden’s visit or with the May 10 inauguration in South Korea of President-elect Yoon Suk-yeol, who has vowed to take a harder line on Pyongyang.

Despite Trump’s declarations that the two “fell in love,” their meetings produced no permanent agreement on dismantling North Korea’s nuclear program.

North Korea has shown little interest in resuming negotiations with the Biden administration, which supports diplomacy with Pyongyang but at the working level.