Lanka Economy Will Collapse If No Government Within 2 Days: Central Bank 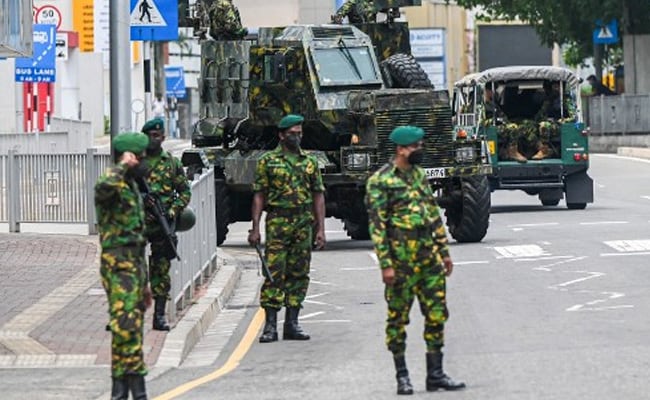 Clashes are ongoing between protesters and Sri Lanka’s military.

He said the latest wave of mob violence derailed the bank’s recovery plans, and the resignation of the prime minister on Monday and the lack of a replacement were complicating matters.

He said political stability was vital to implementing economic reforms aimed at addressing the country’s debt crisis and the acute shortage of foreign exchange to import essentials.

“If there is no government in the next two days, the economy will completely collapse and no one will be able to save it,” he said.

“The country was fast going down a slope when I took over just over a month ago. I thought we were able to apply the brakes, but with events of Monday the brakes no longer work,” he said.

The central bank chief added, “Within a week or two the economy will completely collapse. No one will be able to save Sri Lanka at that stage. My being here as governor will not help…I will resign if there is no immediate action to form a government.”

Shortly after taking over last month as the bank’s chief, Weerasinghe announced defaulting on Sri Lanka’s $51 billion external debt saying the country had no money to pay its creditors.

He almost doubled interest rates and allowed the rupee to depreciate rapidly to ensure better foreign exchange liquidity in the commercial banks.

Sri Lanka is facing its worst economic crisis since independence from Britain in 1948 after it ran out of dollars to import even the most essentials.

There had been long queues for fuel and food causing severe hardships for the nation’s 22 million people, prompting them to protest against the government.

“If we don’t have political stability, very soon we will run out of what little petrol and diesel left. At that point people will get on the streets to protest peacefully or violently,” Weerasinghe added.

This week, the crisis took an ugly turn with nine people killed in violence and more than 200 injured.

A Nato Membership Would Have Prevented War: Ukraine’s Zelensky

Diksha Dagar Reaches Golf Final at Deaflympics, Aims to Improve on Her Silver From 2017

Diksha Dagar Reaches Golf Final at Deaflympics, Aims to Improve on Her Silver From 2017