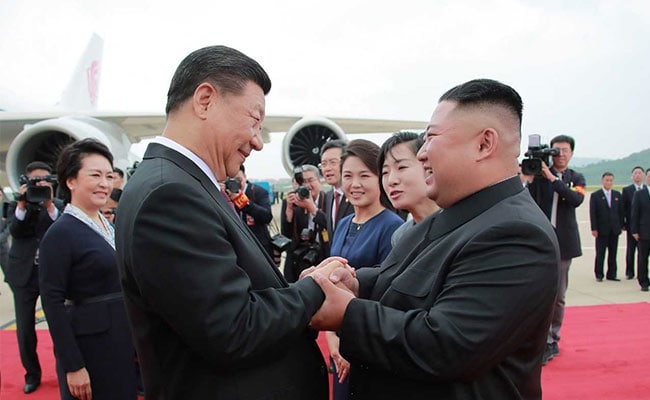 China said Thursday it was ready to “fully support” North Korea in its pandemic prevention efforts after Pyongyang reported its first official Covid case and declared a national emergency.

North Korea, which imposed a rigid blockade of its borders at the start of the pandemic in 2020, had not previously reported any Covid cases.

“As comrades, neighbours and friends, China is ready to provide full support and assistance to North Korea in its fight against the epidemic,” Mr Zhao said, without offering details on whether China will send vaccines, medical equipment or aid.

North Korea has so far rejected any kind of vaccine programme — even when offered supplies by the World Health Organization, China and Russia — and has tried to prevent an outbreak by sealing its borders.

Experts say the nation’s 25 million people are vulnerable due to the lack of Covid vaccines, and that the country’s crumbling health infrastructure would struggle to deal with a major outbreak.

China is one of the biggest donors of Covid vaccines to developing countries, but exports have dropped sharply in recent months as it battles major virus outbreaks in several provinces.

Thomas and Uber Cup: PV Sindhu Outplayed as India Crashes Out of Thailand