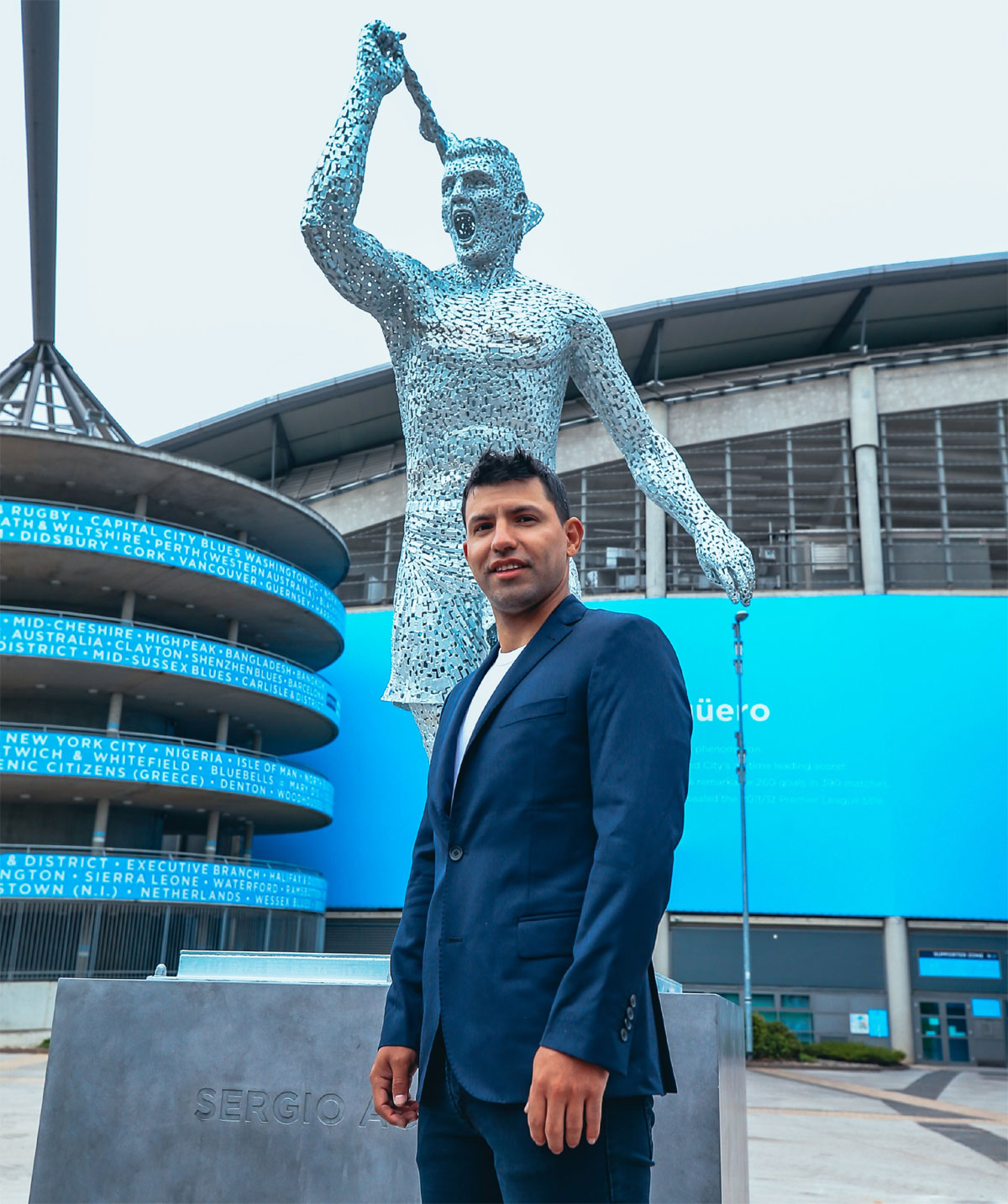 Manchester City unveiled a statue of former striker Sergio Aguero outside the Etihad Stadium on Friday to mark the 10th anniversary of his winning goal that gave them their first league title in 44 years.

Aguero netted a dramatic 94th-minute winner against Queens Park Rangers on the final day of the 2011-12 season to beat cross-town rivals Manchester United to the title.

Often dubbed the “93:20” goal in reference to the time it was scored, Aguero’s strike set City on their way to domestic dominance in the years that followed.

“Truthfully, it is a very beautiful thing for me, to see myself 10 years ago is very moving,” said Aguero, who scored a club-record 260 goals before moving to Barcelona and retiring last year at the age of 33 due to a heart condition.

“In those 10 years I was able to win a lot of trophies and was able to help the club become one of the most important in the world… it is something very special.”

The statue, created by sculptor Andy Scott, joins those of Aguero’s former team mates Vincent Kompany and David Silva that were unveiled at the Etihad last year.

“When our fans think of Sergio, they are immediately drawn to the iconic moment of 93:20… it is only fitting that Sergio has been recognised with a statue of his own.”

US: At least 10 dead in mass shooting at Buffalo supermarket – Times of India